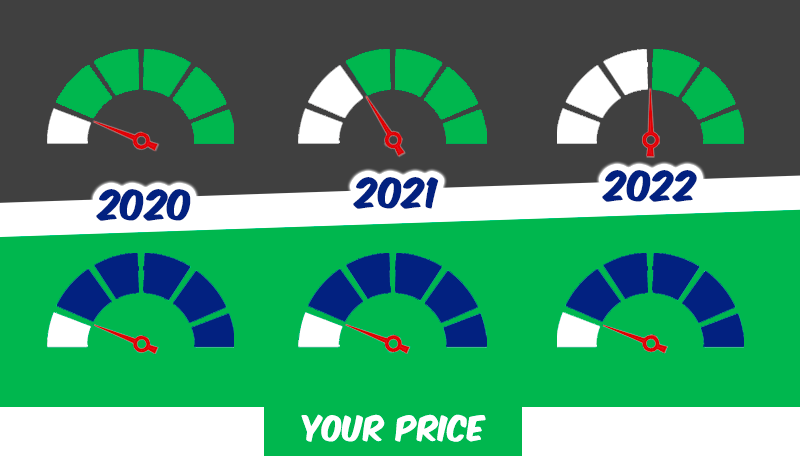 According to energy suppliers, now is a great time to switch.

In the latest lockdown announcement, suppliers around the country have decided to drop their prices to maintain a steadier income. This means that as a business owner, you can switch to a new provider now during lockdown, and lock yourself into a cheaper contract for when you open again.

This is coming at a time when energy prices were already dropping, so this will be great news for anybody working from home planning any refreshed contracts for their business.

The ICIS Power Index announced this year that gas prices were at their lowest price for a decade, with electricity also at a 9-year low.

The Big Six energy companies announced a drop of 5% on their gas bills at the beginning of this year, starting with E.on in February, but independent providers look to be making even larger cuts to keep up.

This gradual drop in prices can be chalked up to a number of things. The largest one is loss of revenue due to lockdown, meaning suppliers are now making new offers to entice customers who would otherwise be uninterested due to their businesses being closed.

As well as this, comparison sites have helped round up competition and present the best deals for customers, meaning suppliers are having to constantly give out better and better deals. Environmental factors also include a reduction in oil costs, and less severe winters in the UK.

This is creating a perfect storm for business owners, and we’d recommend making the most of it while you can by signing a new, cheaper contract.

Get a FREE Quote

Business Cost Comparison, Longbenton. 104 likes. BusinessCostComparison.co.uk helps you find and compare from 100's of suppliers the best products and services for your business needs. We ensure that...

You can visit our website without informing us who you are or revealing any information about yourself. However, if you give us any personal information about yourself or others to get more information or for us to contact you we promise to treat it securely, fairly and lawfully. We are committed to protecting your privacy. We may use personal information you provide for the purpose of providing more relevant content to you. We do not sell or share your data at any time. We may send you e-mails but you can always opt out at any time.

Some cookies are deleted when you close down your browser. These are known as session cookies. Others remain on your device until they expire or you delete them from your cache. These are known as persistent cookies and enable us to remember things about you as a returning visitor. To find out more about cookies, including how to see what cookies have been set and how to manage and delete them, visit www.allaboutcookies.org

The following is strictly necessary in the operation of our website.

The following are not Strictly Necessary, but are required to provide you with the best user experience and also to tell us which pages you find most interesting (anonymously).